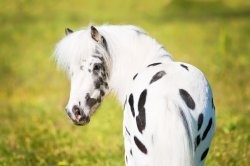 The optimal composition of this intestinal flora is mainly managed by nutrition. Proper feeding of the horse is therefore essential to its health.
The mechanisms involved in digestion are described below.


The digestive process in the mouth and throat

A horse’s appetite is stimulated by the good taste and smell of the feed. The first thing to ensure regarding your horse’s feed and roughage is that they of the highest quality. A natural diversity of plants and herbs that are a significant part the horse's original diet can have a positive effect on digestion.

The horse's digestion process begins in its mouth and throat. Salivation of the feed plays an important role. While roughage is subject to intense chewing and salivation, concentrated feed will benefit from a heterogeneous composition. Concentrated feed creates a favourable mixture of coarser and finer structural components through whole plant fibres, hay chaff, seeds, dried fruits and grain particles. The horse can choose elements from the mix, which keeps him busy while eating. This extends chewing time, thus resulting in a desired chewed-up and slippery mash. Increased salivation also promotes the formation of gastric juices. Chewing likewise stimulates the pancreas and initiates the secretion of digestive enzymes.

This appetite stimulation and the associated extended chewing time salivates and softens the feed mash. Homogeneous feed mash counteracts the possibility of clumping in the stomach or obstruction in the throat.


Digestion in the stomach

The feed mash passes into the horse's stomach, which holds approx. 18 litres and where an acidic environment helps to destroy unwelcome germs. The food remains in the stomach for between 1 and 5 hours, resulting in a feed mash that is loose, moist, free of clumps and effectively acidified by gastric juices.

This process counteracts malfermentation in the stomach which could lead to gastric discomfort or colic. The more salivation that has already occurred, the faster the mash leaves the stomach without fermentation, thus meeting the prerequisites for good digestion in the small intestine.


Digestion in the small intestine

While hay and straw fibre passes into the large intestine mostly undigested, the quickly digestible concentrate feeds are broken down in the small intestine. The necessary digestive enzymes are supplied by the pancreas, which must be activated beforehand by a stimulated appetite and intense chewing. The horse's small intestine is about 20 metres long and holds about 64 litres.
The feed mash takes about one and a half hours to pass through, a relatively high speed. Digestion of feed in the small intestine is carried out mainly through enzymes. In the small intestine, for example, the cereal starch of the concentrated feed is digested by way of the enzyme amylase, protein through so-called proteases, and fats through lipase. Lipases provide the horse with a certain capacity for the digestion of mostly vegetable fats not obtained from conventional feeds.

Feed components which are well salivated and broken up form a large surface, mathematically speaking, and after digestion provide good access for small intestine enzymes. If the food particles are too large due to too little digestive activity in the throat and stomach area, the small intestine enzymes will have more difficult work.
Nature provides the horse, as a pasture animal, with grasses and grass seeds which contain crude fibre. The seeds contain a high level of polyunsaturated fatty acids and high-quality proteins. The percentage of starch, in contrast, is relatively low. Since conventional horse feed often contains a high cereal content with a lot of starch, digestion in the small intestine can be helped by enzyme-active feeds such as wheat or maize germ, malt, yeast, or honey.


Digestion in the large intestine

The horse's large intestine, consisting of the appendix, large colon and small colon, is almost 8 metres long and holds a volume of almost 130 litres. These fermentation chambers are responsible for the digestion of "hard-to-digest" crude fibre. Feed containing crude fibre includes straw, hay, grass, foliage and silage which contain the components cellulose, hemicellulose and pectin broken down by the body's own microorganisms within 33 to 44 hours. These microorganisms supply the horse with volatile, highly digestible fatty acids for energy, B vitamins (e.g. biotin for hoof-building horn) and trace elements. The microorganisms require a minimum of good-quality crude fibre content in the feed in order to survive. Disruptions to the biological balance in the large intestine can have a lasting effect on the horse's health.

Feeds with high cereal content, which result in the starch being not completely digested in the small intestine and part of the residual starch reaching the large intestine, can alter the balance of the microorganisms. Gas formation is increased and leads to bloating in the horse. The formation of excess acids in the appendix due to excess starch consumption leads to tension and irritation of the mucous membrane, while the formation of toxins leads to metabolic problems and thus paves the way for an attack of laminitis. Apart from this, gases, acids and toxins will cause considerable disruption to the large intestine environment and the body will no longer effectively absorb feed nutrients.

This also leads to irritation, thickening and finally to inflammation of the intestinal mucosa, resulting in reduced absorption of nutrients including important minerals and trace elements. Vitamin absorption in the large intestine is also impaired. Microorganisms in a healthy intestinal environment supply the horse with large quantities of B vitamins. If the intestinal flora is disturbed, this will lead to signs of a vitamin B deficiency. This includes vitamin B7, better known as biotin. Ailments such as colic, laminitis and many others are considered to be a consequence of disturbed intestinal activity.


Disadvantages of a diet that’s too protein-rich

A protein-rich diet, for example one with excess amounts of extraction grist, oats, wheat bran or young grass, will result in an excess of protein in the large intestine. The intestinal bacteria are forced to use proteins to produce energy and shed the non-usable nitrogen as ammonia, which is absorbed by the intestinal mucosa and enters the bloodstream.
It is then converted to urea in the liver, and excreted through the kidneys. When the horse is stabled, the urea from urination enters the horse's bedding and is converted back into ammonia by the microorganisms living there. The ammonia causes damage to hoof horn and, when inhaled, systematically to lung tissue. It also strains the liver and kidneys.

Conclusion:
only a balanced composition of the total feed ration promotes a biological balance of flora in the large intestine. This raises the problem of cereal-based concentrated feeds, and to what extent large intestine function can be improved with normal grain feeding.

Stabled horses basically require generous roughage consisting of hay, ideally harvested after flowering. Straw makes an excellent buffer due to its high crude fibre and low protein, thus making it suitable for between-meal occupation. Hay and straw, naturally, should meet the highest quality standards. Dusty or mouldy roughage becomes a boomerang in the large intestine, preventing the healthy development of microorganisms. The use of vegetable fats (e.g. maize germ) represents a serious alternative to pure cereal-based feed and stimulates lipase activity (fat-digesting enzymes). The vegetable oils bound in the germ are released only slowly through digestion and do not cause strain. Stabilisation of the intestinal flora is a top priority in feeding. Nutrients specific to the large intestine primarily include pectins, which are contained in apples, beets and sunflower seeds, as well as fibres from high-quality hay, herbs and peels. Roughage increases vitamin synthesis as well as the ability to absorb it. It improves energy and nutrient supply and the body's natural resistance. Natural dietary supplements for further stabilisation of the colon include brewer's yeast as a probiotic, healing clay and diatomaceous earth (kieselgur) for absorption of toxins, and base-forming minerals for improved acid-base balance in the intestine.
Observation of the horse's digestive processes and support for the digestive system through sensible nutrition will increase the horse's well-being and performance.